They changed the spelling of my name—
too many vowels—when they crossed the ocean.
Maybe that’s when France was severed from me,
my father’s name simplified to the basic sounds.
It carried nothing of its history, no region or dialect,
just letters on a page that claimed I was his daughter.
Distant traces of Parisian ancestry,
to layers of circling city streets and rolling country hills,
to some thick summer air lingering
across vineyards and farmlands,
I’ve felt nothing for her.
As if vowels lost were codes in my DNA
spliced by some genetic scientist
leaving me a stranger to my own name.
I’ve never felt those ancestral threads
pulling me back in time, discover the land
of a name that never existed on its soil.
I have no love for my paternity.
Even through a Canadian migration,
through a western reach and down to California,
there is no curiosity in her truth.
I write only five letters of my American name,
five letters I have defined and redefined
a thousand times and again.
I know more of Mexico—my neighbor
who has fed me my whole life.
I know more of Long Beach—its long avenues
and dimly lit streets. I know more
of California—not the one on TV—
but the long Pacific Coast, the cliffs of Highway 101,
the endless sky of the 5 and its pink dawn
across thousands of farmlands and
hundreds of thick summer nights,
the progression of her cities, young but in love
with all of us—rich and poor,
the Britneys and the Caesars, the Tyrones
and the Isabellas, the been-theres and the dreamers.
She is my sister and my ancestor,
we create our own motherland. I’ve never
been lost to her once.

First published in The Bastille. 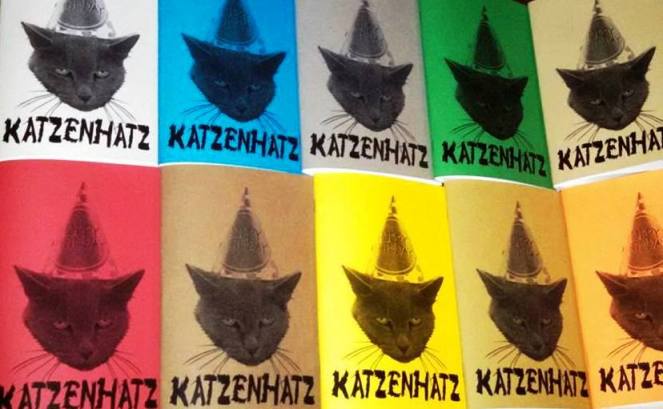 After a nearly unbearable wait, Katzenhatz is finally here! Fellow Long Beach publisher, Bank Heavy Press’s highly anticipated release includes many of my favorite poets and friends, including Zack Nelson-Lopiccolo, Stephanie Ervin, Danielle Mitchell, Karie McNeley, Carissa Mercado, Larry Duncan, Thomas R. Thomas, Kevin Ridgeway, Toren Wallace, Olivia Somes, and G. Murray Thomas. My poem, “To Agree Philosophically”, appears along with an interview with myself and Nancy Lynee Woo about our presses, Sadie Girl Press and Lucid Moose Lit. If that wasn’t enough, there’s one more exciting part! I also have a very rare, almost never seen, actual drawing of mine included in this publication. It’s full of art of cats in hats by poets. You will have to buy you own copy to see for yourself on Bank Heavy Tumbler. Also. give them a “Like” on Facebook! 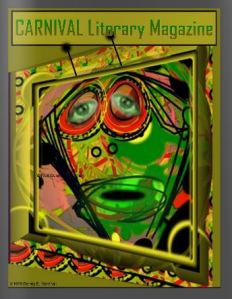 Three of my poems, “If Poetry Is Parked Car”, “Good Friday Morning”, and “Sediment”, are included in the fall issue of Carnival Lit Mag, along with friends, Gerald Locklin and Thomas R. Thomas. Edited by Shannon Phillips, this virtual magazine is more than just a poetry website. Go directly to the issue here: issuu.com/carnivalitmag/docs/summer. Or check out the revamped website: carnivalitmagazine.net.